What is the Google Chromecast ?

If you have found this website then chances are you already own a Google Chromecast and know all about it. If for some reason you still have questions, well i’ll try to explain everything for you. The Chromecast is a small little dongle that plugs into the back of your Television set and allows you to cast videos from your PC or smartphone to your TV. Up until recently, you were only able to cast videos from services such as Hulu, Netflix, HBO, YouTube and a few others. Google has recently opened up the API to allow everyone to be able to cast their app to the Chromecast.

Why do I need a Chromecast?

In the age of smartphones, tablets, and smart TVs, everyone and their mother is trying to get you to somehow enhance your TV viewing experience with their device. Amazon recently released the Amazon Fire TV which is their version of a Roku or Apple TV. As expected, the Fire TV has sold extremely well and has recently passed the Chromecast as most popular item on Amazon. Does this mean that the Fire TV is better than the Chromecast? Well not necessarily. The Chromecast is geared towards people who want to easily watch Netflix Hulu on their TV. You can easily control everything right from your smartphone or PC. You no longer need to worry about hooking up your PC to your TV to watch Netflix. The Chromecast is very simple to setup and use. The best part about it is that it is only $35. This is what makes it so attractive compared to it’s competitors and exactly why you need it.

How do I use a Google Chromecast?

I will admit that the first time you setup the device it may seem too confusing to use. Trust me, after you cast your first video, you will love it. I am assuming that you already have the device plugged into your TV, powered on and connected to your WiFi network. If not, then you have some work to do.

2.) Open up an app on your phone or tablet that supports Chromecast. If you are not sure of an app that has this capability and you do not have a subscription to Hulu or Netflix, then open up the YouTube app. The Chromecast works on both Android and iOS. Whether you are using a Samsung Galaxy S5 or iPhone 5S, you can use the Chromecast. 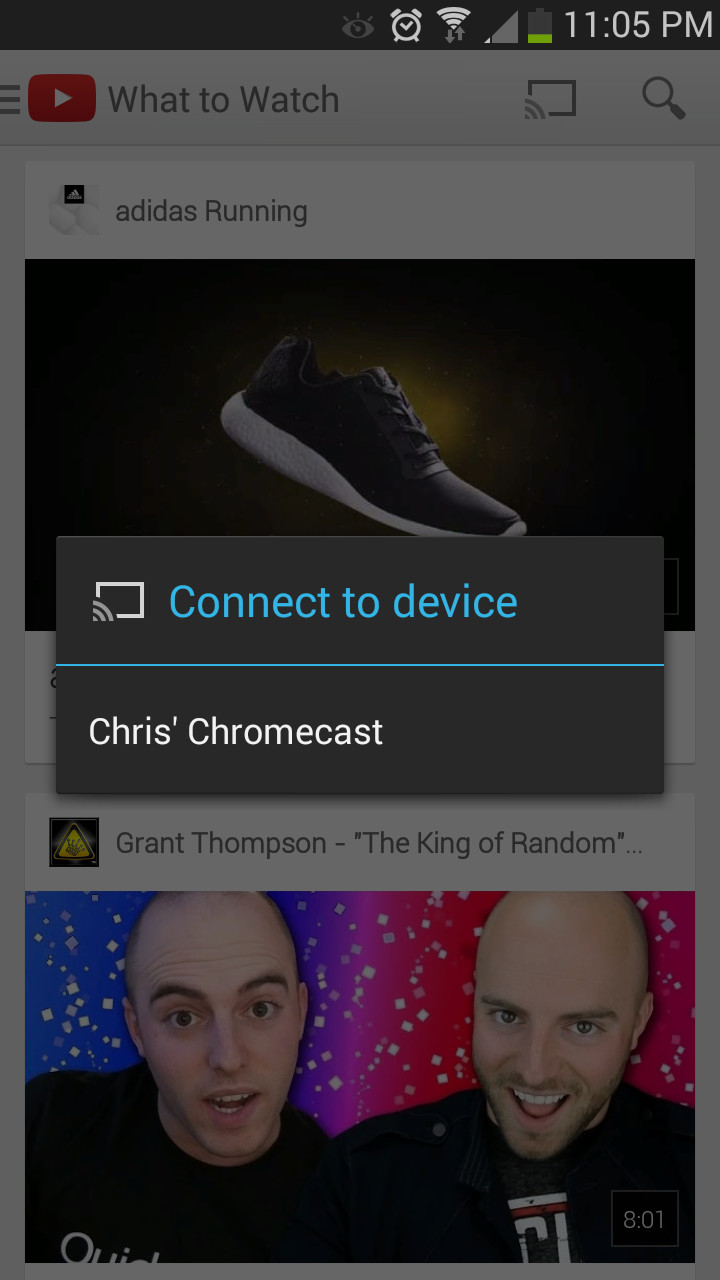